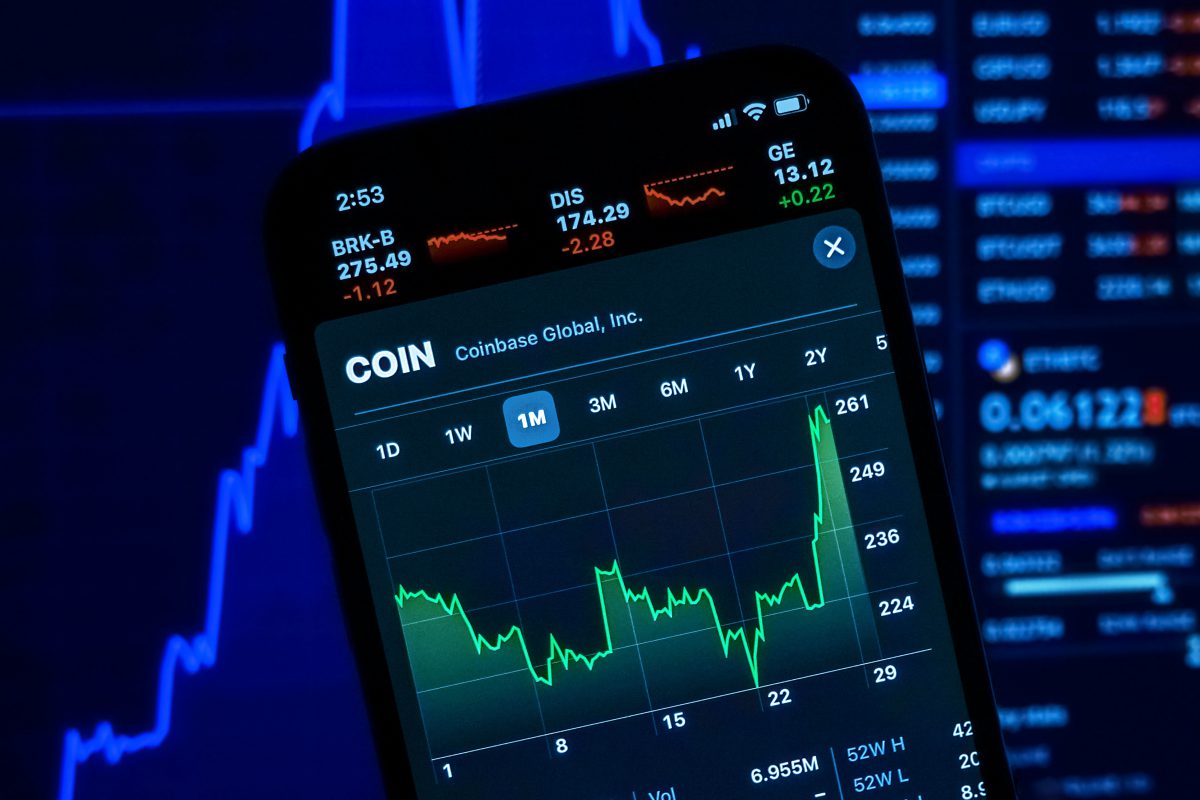 Recently, the city of Miami launched its very own cryptocurrency, called “MiamiCoin” and generated over $4 million in funds in less than 30 days. With this brand new technology being introduced to the government, it is welcomed with extremely cautious optimism. Though it’s just being tentatively utilized, the many possibilities that come with decentralized technology could completely change the future of government.

This decentralized, blockchain technology is still new. It was invented in 2008, but has only begun to actually be adopted in the last few. As it continues to be developed and adopted, the horizons will expand and the possibilities will unfold. A whole new system will slowly be adopted.

In the short term, it seems as though this MiamiCoin is a bit of a test run to see how it might be used to benefit the community. Blockchain and decentralized technology have already begun to explore different niches, such as social media, so it was only a matter of time before its benefits were tapped into by local governments.

Truthfully, no one can say for sure how this technology might be adopted. However, considering crypto’s rapid growth and surprising successes despite its many skeptics, it might be wise to assume and prepare for its eventual adoption. Miami has already been praised for its adoption of MiamiCoin for the sake of benefiting its citizens. So far, it has been considered a cautious success, and according to CityCoin’s (the developer who launched MiamiCoin) website, there are over a hundred developers who have begun building applications for Miami on their open-source protocol.

With Miami poised to launch into this new age of technology, it signals to other city governments the possibilities of using open source or blockchain technology. With these entirely new systems, new and fresh training will be required for government employees. The technology, terminology, and function of these systems will likely be like nothing these employees would have ever dealt with before, and while extremely valuable, it can be extremely precise. Thorough training on these new systems as they are slowly incorporated and become more and more a part of the everyday workday will be critical to the overall success.

Introducing cryptocurrency to the government sphere was a bold, exciting move. With it comes immeasurable opportunity as well as plenty of new regulations and procedures surrounding it. Keeping an eye on the changing landscape and training your team on new procedures is a critical step in the future functionality of your government branch!

Local government cybersecurity is in bad shape, and many local governments are being attacked at an escalating rate as a consequence.

Atlanta’s municipal government was crippled by a ransomware attack.

Baltimore’s 911 dispatch system was hacked by an unknown person or group.

The city of Allentown, Pennsylvania was attacked by malware known as Emotet.

And More than 2,000 Windows-based computers at CDOT offices in Colorado were brought down by a virus known as SamSam.

What do all these attacks have in common?

They all involve local governments and they all happened earlier this year.

Your local government could be next.

How Bad is State and Local Government Cybersecurity?

At least, according to the Cybersecurity 2016 Survey conducted by the International City/County Management Association (ICMA), in partnership with the University of Maryland, Baltimore County (UMBC).

Here’s what they found:

These are dismal findings and point to a worrying lack of proactive steps being taken to protect vital information and infrastructure in local governments across the nation.

The most disturbing data-point is the non-existence of cybersecurity training for end-users since end-users are most likely to fall prey to a hacker’s traps and tricks.

Without a formal system of cybersecurity, a record of attacks, and proper cybersecurity training, you’re exposing your agency to a variety of serious cyberthreats.

What are the Greatest Cybersecurity Threats to Local Governments?

We recently listed cybersecurity predictions for 2018 that don’t look good, but we didn’t focus specifically on cyberthreats.

So we looked at what others predict as the greatest cyberthreats to local government. Here are a few we found from OneNeck IT Solutions:

A DDoS attack is a cyberthreat that attempts to shut down a system or make it inoperable by flooding it with traffic from multiple sources.

This is a favorite attack used against governments. Even the NSA website was brought down by a DDoS attack.

Social engineering is a catch-all term that refers to various methods of manipulation used against end-users to install malicious malware or steal data.

Phishing is one of the most common forms of social engineering. It relies on fake emails embedded with malicious links that install malware when clicked or fake websites that steal your login information after you’ve entered it.

All forms of social engineering attempt to trick you into giving the hackers control over your machine or access to information they can use to extort your agency.

APT is a set of continuous computer hacking processes that use stealth tactics to infiltrate your network and remain undetected for as long as it takes to gain access to privileged information and steal sensitive data.

APT attacks may initially use phishing or any other social engineering scam to create one or multiple backdoor entry points, allowing other hackers to worm their way into your network, slowly chipping away at the rest of your IT security layer until they’re discovered or achieve their objective.

How to Improve Government IT Security

The sad state of local government cybersecurity combined with the dangerous cyberthreats they face paints a grim picture for the future, but all is not lost.

There are numerous steps local governments can take to improve IT security across their organization.

Here are some of the most important steps you can take today and into the future:

How do you know if your local government is secure?

By inspecting and testing your entire IT infrastructure to identify and secure weaknesses externally and internally.

By knowing your vulnerabilities, you can direct your limited resources to fix the weakest links in your cybersecurity chain.

Work Together with Other Governments

Governments from the federal to the state and local level are under attack from cybercriminals. To beat them, governments need to join forces to share knowledge and resources.

Intergovernmental cooperation strengthens your cybersecurity position by learning from the successes and failures of other governments’ IT security policies while gaining access to experts you may not have in your agency.

Speaking of IT security experts, they’re not always kept in-house. And in many cases, IT experts who are trained to handle the looming threats of today (while anticipating the threats of the future) are difficult to find in the public sector.

That’s why many local governments choose to outsource their IT services.

Plus, since the lack of appropriate funding is often pointed to as one of the biggest reasons why robust cybersecurity in local governments is lacking, it makes sense to hire a private company that will cost far less than hiring in-house staff.

Since end-users are typically the weakest cybersecurity links in your organization, and hackers rely on tricking them to gain access to more privileged information, it logically follows that you should restrict end-users’ access to sensitive information whenever possible.

Most people in most positions only need a specific set of data to do their jobs.

Therefore, they should be restricted from accessing any information outside of that core data set to protect your agency from infiltration in the case that an end-user falls victim to a phishing attack, for example.

The latest version of the NIST framework was released on April 16, 2018.

According to Secretary of Commerce Wilbur Ross, “The voluntary NIST Cybersecurity Framework should be every company’s first line of defense. Adopting version 1.1 is a must do for all CEO’s.”

But it’s not just made for the private sector. The NIST Framework has been successfully adopted by federal, State, and local governments.

According to NIST Director Walter G. Copan, “The release of the Cybersecurity Framework Version 1.1 is a significant advance that truly reflects the success of the public-private model for addressing cybersecurity challenges.”

Every employee in your agency should be hyper-vigilant against impending cyberthreats.

It’s not just managers, commissioners, and elected executives who have to worry about these threats. In fact, it’s their job to instill a cybersecurity awareness culture from the top-down.

We’ve been harping heavily on the vulnerability of end-users, which is why the most important cybersecurity tip we can offer you is to train your employees.

There’s no high-tech substitute for smart, safe, and knowledgeable employees. They are your last line of defense against threats.

A hacker can send out all the phishing emails he wants, bypassing all your internet and email security systems. But if none of your employees fall for the scam, your data will remain safe.

So what’s the best way to train your employees in cybersecurity?

But where can you find cybersecurity training made specifically for local governments?

Right here at Enterprise Training. Below are just a few of the many guides we have available for you.

And here’s a sample video from one of our cybersecurity courses:

If you want these guides and even more cybersecurity training, then contact us below to get started with a free 14-day trial of Enterprise Training.